The cinema of Ang Lee: the other side of the screen

Description:
The first full-length study of its kind, the book investigates recurring themes and motifs across Ang Lee’s astonishingly diverse range of works. From the blockbuster,Hulk, to the period drama,Sense and Sensibility, each film is studied in depth to reveal Lee’s interest in gender, cultural identity, family ritual and social duty.

The volume not only investigates Lee’s greatest successes–Crouching Tiger Hidden Dragon(2000), which transformed the status of Chinese martial arts films across the globe, andBrokeback Mountain(2005), which challenged the reception and presentation of homosexuality in mainstream cinema – it also discusses his earlier works, such asEat Drink Man Woman(1994) andThe Wedding Banquet(1993). By looking at the beginnings of Lee’s career, Whitney Crothers Dilley positions the filmmaker’s work within the roots of the Taiwan New Cinema movement, as well as the larger context of world cinema. Accessible, lively and incisive, this new addition to our Directors’ Cuts series not only provides a valuable academic resource but also an enjoyable read for anyone interested in this acclaimed director. 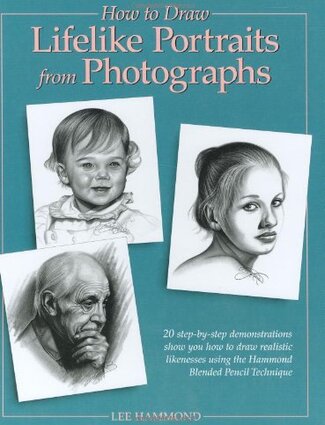 How to draw lifelike portraits from photographs